The reality is that most models out in the wild today are built for one purpose: documentation. Yes, there are plenty of examples of models built for other reasons, but let’s just say the vast majority are out there trying to meet deadlines and if they have to throw in some drafting then so be it. In this case then, documentation was the intended use for the model, regardless of what your friendly neighborhood marketing department tells the rest of us.

Along the path of pointing out things that cause friction with design technology processes, mis-understanding the concept behind purpose built models is high up on the list. A purpose-built model is one that is built with an intended use (or uses) in mind. An example of an intended use may be something like ‘fabrication’, ‘documentation’, ‘engineering analysis’, ‘coordination’, and many others. The key consideration then, is that each of these uses requires slightly different geometry and / or model information.

Defining the intended use of the model gives clear direction to other users. Together with a defined level of granularity, or resolution, it is a powerful tool in understanding what information should and should not be in it. For this reason, many of the more thorough BIM specifications or BEP templates publicly available make reference to model uses.

The newly published New York Department of Design and Construction’s BIM Guidelines lists the following intended uses for their projects:

The VA, on the other hand, calls them ‘BIM Applications‘ and lists the following as a minimum:

The GSA goes even further and has released individual guides for each of their sought after uses:

Some of these may seem a bit vague, but they all intend to direct a particular end use for a model. Each of these describes how the model will be used for each task, and what information should be included in the model in order to achieve said task. Notice how three large ‘owners’ that require BIM processes all are focusing on distinctly different things. They each care about different aspects of their facilities more. Be it security concerns for the GSA, equipment management for VA, or energy analysis for the DDC, each has implemented a process and frameworks to support their end goals. I’d like to hear how these are performing in real life…

In any case, this advice is not only for those consuming BIM. Those authoring and promising BIM to downstream users would do well to explain exactly what the model was built for. This will help frame expectations for the next user in line and many of the frustrations or mis-aligned expectations about what should or should not be in the model will be minimized.

This book review was written for the Yale Architecture Magazine.  Original links here and here.

The book is a collection of essays, broken into two main parts.  The first, dealing with the relationship between maker and the object, and the second, between the makers themselves (defined as: architects, builders, subcontractors and fabricators).

Between Conception and Production
by: Branko Kolarevic

On the Cultural Separation of Design Labor
by: Paolo Tombesi

Models for Practice: Past, Present, Future
by: Phillip G. Bernstein

In Building (in) the Future, editors Peggy Deamer and Phillip G. Bernstein take an important step in grounding the conversation on the use of technology across the building design and construction process.  The book is a collection of essays by industry leaders, theorists and academics organized into two main sections titled “Working and Making” and “Collaboration” respectively. Its main contribution, and what sets this book apart, is that it is not a traditional show and tell of successful technology stories, but instead a close look at technology’s role as a catalyst for change on the “larger issue of how the profession and all the players in it want and need to reposition themselves for the future.”  The book, as a collection, becomes a telling cross section of the diversity of viewpoints across the different roles in the profession, and highlights a single core theme: technology (in its many forms) is forcing a restructuring of traditional labor barriers and relationships, whether we’re ready for it or not.  From Kenneth Frampton’s warning on the continued focus of the application of technology on cladding both in academia and the profession (an element, he states, only counts for 20% of a building’s cost), to Phil Bernstein’s reminder that an estimated 90% of building projects in the U.S. are finished without the use of an architect, this book (especially the second section) becomes a timely resource in a conversation that must be broadened to include all aspects of the building process.

The first section studies the relationship between the maker and the object, and more specifically, between design and craft.  Here, designers discuss craft as the most directly impacted area of practice in their application of technology.  In “Valuing Material Comprehension”, author James Carpenter underscores the importance in the link between material and craft, stating “…the realm of the nonstandard comes with the possibility of greater risk during construction, but a full understanding of a material’s potential removes risk from the equation.”  This follows architects’ Peggy Deamer’s and Scott Marble’s assertion that for architects, the term craft is intrinsically tied to the idea of detail.  Mr. Marble states “Architectural detail [is] an architect’s means of introducing craft into buildings.”  Author Branko Kolarevic takes this idea further, emphasizing the importance of detail and craft in the digital process itself.  Mr. Kolarevic invokes David Pye’s definition of craftsmanship, downplaying the tool employed by the craftsman, while emphasizing the expertise of the craftsman’s application of that very tool: “The essential idea is that the quality of the result is continually at risk during the process of making.”

All of these essays then, focus on the idea that craft must be re-linked into our process as a means to an end founded in the need for further control and a more established professional identity.  Digital fabrication, is stated, provides this link…Yet, Peggy Deamer points out, “A much more interesting path is to employ technology to dispense with fixed identities altogether.”

The second half of this book takes a more analytical look at the definition of labor and technology’s potential impact on it.  In this section, the focus is no longer the designer’s yearn for control, but the very infrastructures that allow a design team to work together toward a common goal.  In what Paolo Tombesi, a professor at the University of Melbourne, calls “Design Fragmentation”, “Design Contributing Enterprises” create a “system of design production, independent of the profession”.  Mr. Tombesi takes the time to explain the influence of market forces in the definition of work structures.  He explains the rise of specialized contributors as a response to market pressures.  “In situations where market prospects cannot be certain, either because of natural fluctuations in demand or particular technological conditions, and where investments are needed to increase the efficiency of the production process, an economic subject may decide to specialize its mission, decompose the total demands of the product into stable and unstable components, and anchor its structure to the former.”  In this scenario, the task of designing is parsed out amongst several parties in a team, each responsible for their own interdependent scope.  Lawyers Howard Ashcraft Jr. and Chris Noble go into detail on the legal changes necessary for that scenario to be implemented, describing how it differs from the fragmented situation we have today.  Could this model provide non-traditional opportunities for future architects? Is there a role for an architect in the structural engineer’s team? Or the fabricator’s team?

In the end, Phil Bernstein elegantly closes with: “But if architects define those benefits [the application of technology] only in terms of formal or aesthetic ends, they will miss the fundamental and unique opportunity offered by the transition.”  He continues, “Closing the intention-execution gap, bridging the acts of “thinking” and “making”, will also be driven as much by clients’ desire to increase productivity and achieve more predictable outcomes, so business models that rely more closely on collaboration between thinkers and makers, designers and constructors, architects and engineers, can be tied to results.”  Architects, then, are challenged to take a leading role in the changing landscape of the building industries, not through formal exploration, but in answering the call to reposition the profession as a leader in the push for a more sustainable building delivery process, and more sustainable building overall. 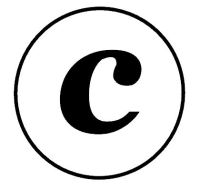